Bret Talley has helped local businesses with marketing in the South Florida area for over 15 years and both traditional and online marketing and IT.

A graduate of Penn State University in 2003 with a Bachelor of Science in Marketing, Bret has spent time working for both publicly traded companies along with small business. Bret started in radio advertising as an Account Executive with Clear Channel in 2004. Bret had much success working with local advertisers in the South Florida region for WBGG-FM Big 105.9. Bret was a top performer for Clear Channel, earning many prestigious awards.

Always having a passion for new technologies, Bret was always amongst the leaders in integrating online media as part of radio advertising campaigns. It was no surprise then, that Bret would embrace digital technology as it took control of the advertising world. Following his passion, Bret moved from radio in 2008, and started consulting clients with their internet marketing.

To further his education, Bret attended the University of San Francisco for Integrated Marketing, and accepted a position as an Internet Marketing Consultant at ReachLocal. Here, Bret can utilize online advertising technology to help small business get found online. Through the use of Search Engine Marketing, Display Advertising, Search Engine Optimization, and Social Media, Bret has helped many companies in South Florida reach their profit and investment goals.

From there, Bret ventured off on his own and started his own agency focused on helping businesses accomplishing their goals online, with a focus on Search Engine Optimization and Reputation Management.  Bret also has launched many different brands and websites under the Talley Digital Media umbrella.  Always trying to keep up to date with his knowledge, Bret went back to Penn State University, this time the virtual World Campus to receive a formal degree in Information Technology, which was mostly self-taught up until that point.

Like most business owners, you probably don’t have much time to spend on search engine optimization (SEO). That’s why it’s essential to partner with an

If you’re a small business, it’s essential to ensure you do everything possible to get the most out of your website. One of the most 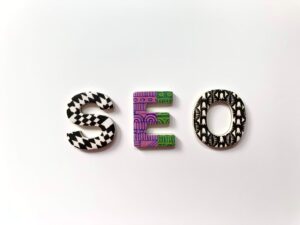 Online marketing is all about search engine optimization or SEO. It’s one of the essential elements of internet marketing. If you are not doing SEO

How To Make SEO More Effective

Starting up a business can be nerve racking and at the same time exciting. Of course, you are in doubt on whether it can be 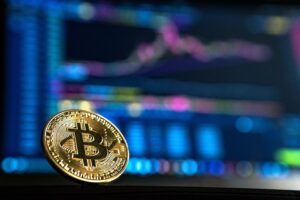 There are many reasons why would you invest in cryptocurrency. There are some people who are not agreeing with this type of currency as they

What SEO Can Really Do

The marketing competition on the internet is tight. More and more companies and businesses are opening up online, and even those that have stable physical